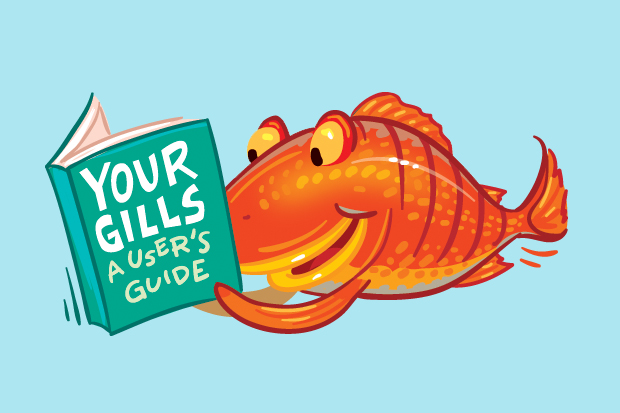 How do fish gills work?

Gills do the same job for fish that lungs do for many other kinds of animals, including humans. Animals need to take in oxygen gas for the chemical reaction that powers their bodies. They also need to throw out carbon-dioxide gas, which is a waste product of that reaction. Lungs take oxygen from the air and send carbon dioxide out through the air. Gills take oxygen out of the water and let water carry away carbon dioxide. Fish force water through their gills, where it flows past lots of tiny blood vessels. Oxygen seeps through the walls of those vessels into the blood, and carbon dioxide seeps out.

Science Questions
Why are my feet ticklish?